On 16th March Wednesday, the Department of Justice identified four suspects, which included two criminal hackers and two Russian spies; as the main culprits in Yahoo’s biggest data breaches. The security breach happened in 2014, and involved over 500 million account. It was only last year that Yahoo disclosed having a security breach, this happened after these account users started to complain about the issue. A report has the hackers confessing the whole offense. This raises doubts about the possibility of breaching 500 million accounts at once, thus hinting towards Yahoo’s inability in preventing or at least minimizing the damage.


US official reported that the two Russian spies, were seeking to gain access to government official’s accounts of US and Russian officers; and other Russian biggies including journalists and business owners. These hacked accounts were used for sharing financial data and generating internet spams. 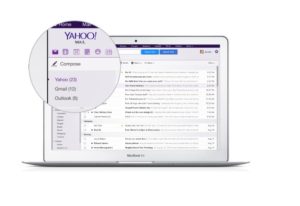 These hackers breached Yahoo’s security for the first time in 2014 and soon were able to get hold of two important resources, in the same year. This also included a database copy of the network users, including passwords. These hackers used various tricks to monetize out of the spamming. They used their accounts to gain their credit card and debit card information.

This breach helped these hackers in stealing users’ personal data like phone number, recovery emails and security questions. They used the Yahoo platform to hack into people’s other accounts and online properties. They also used fraudulent emails in order to fool people into revealing details to their other accounts. This raises questions about data security provided by Yahoo. Yahoo confirmed another breach last year, which occurred in 2013 and is reported to have affected over 1 billion accounts.

Last year the network reported a breach for over 32 million accounts. However,, nothing is confirmed regarding the relation between these events.

Ankit is a leading author on Gadgets and All Tech Stuff related to Android. He writes content for a host of websites like Tech Geeks and IndiaShopps.com He holds a graduate degree in Computer Science from DTU and worked with several leading IT firms.
View all posts by Ankur →