Get ready for Three amazing “Persona” spin-offs including ‘Q2’

We are going to love some the new dancing feature in the next edition of ‘Persona 3’ and ‘Persona 5’. Good news Persona, lovers Atlus is going to enter the Trio in the games spin-offs, showing some fancy ass dancing love. After the hit of 2015 Vita rhythm based game Persona 4: Dancing All Night, its game designer has also unveiled their plans of launching two other dance based games called Persona 3 and Persona 5.


The game trailers have already hit the internet and it seems like there is going to be a lot of dancing involved. One of these trailers features Aigis and co. surprise and shaking to the music of Persona 3’s song, Dancing Moon Night. However, the other Persona 5 features a Dancing Star Night. Both these games are said to be available on Vita as well as PlayStation.


These trailers have already been watched over 100,000 times, which has become the talk of the town around the world. It is going to be a sweet surprise for anime lover. It looks like P Studio developers are taking up a similar approach and has also developed a Dancing game, to get ready to play a fun game, where you can hear all your favorite tracks. The game will likely feature all the hits, with big bands, EDM songs as well as swing beat classics. 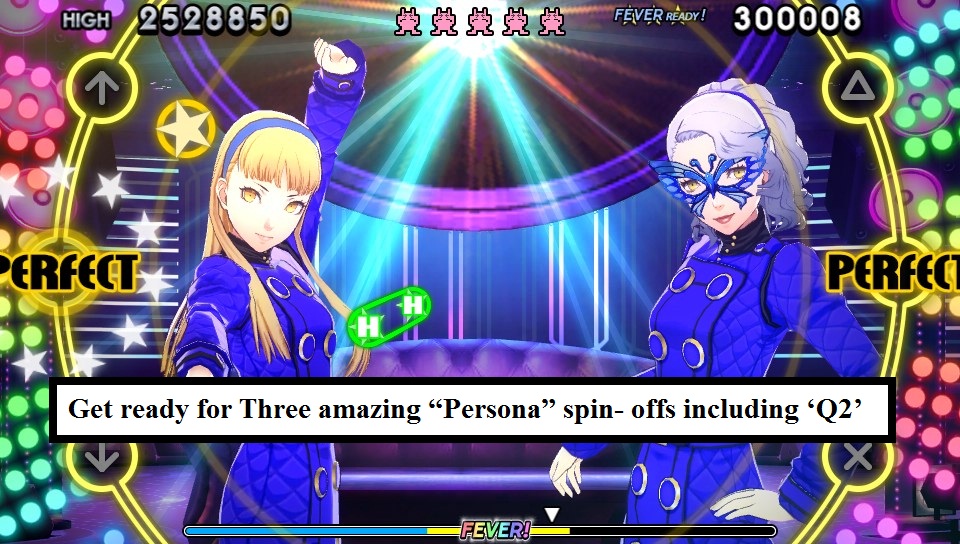 Both Persona 3 and 5, have a mirrored dancing representation, which looks really amazing and well designed. It would be exciting to watch if this game can act as a muse to some choreographers and help them come up with some new dance routines or not. Both these games are expected to be released by the next year. But they are already expected to be a big hit if we look at the current popularity or K-POP in the world.