The search engine giant, Google, has taken a step forward in making Android devices more secure with its ‘Play Protect’ feature and announced that the certified devices from Google will have Google play protect logo on them. The company has been pushing this feature ever since its announcement in I/O 2017. The company has reported that the feature ensures that customers get secure and stable experience.

In a recent blog post, it was mentioned that Google provides certification for Android devices to make sure users receive secure and stable experiences. The company works with manufacturers across the globe to run hundreds of compatibility tests that ensure devices adhere to the Android security and permissions model. These tests also verify the authenticity of Google apps which are pre-installed on devices.

The company has confirmed that the security features will include automatic device scanning for the presence of malware-infected apps which provides baseline protection against malware attacks and privacy hacks. Google has taken this step to distinguish between the certified Android devices and the non-certified ones. Google has urged its customers to look for the Google Play Protect logo on the packaging while buying a Smartphone or tablet, to ensure that it comes with the benefits of certification and ‘additional layers of security’. 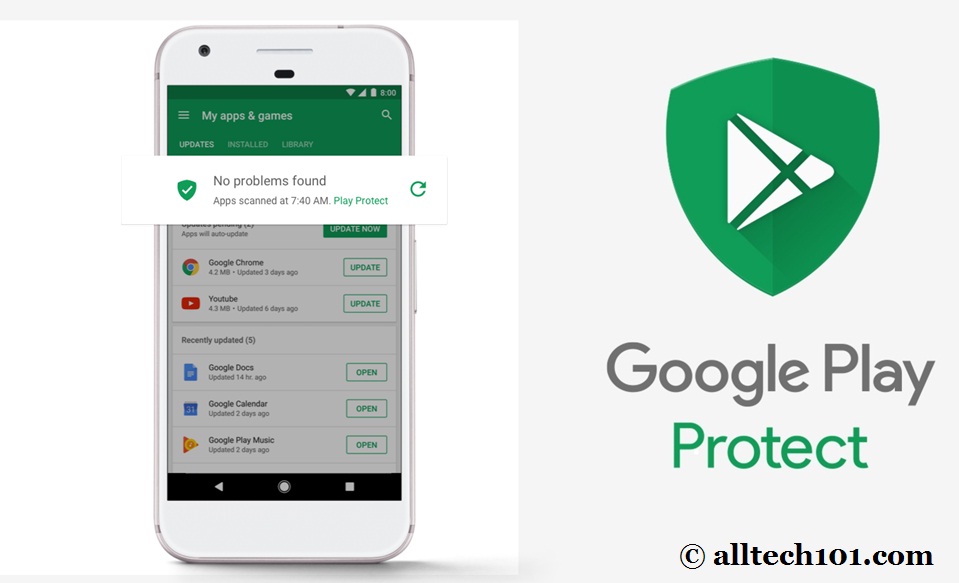 To obtain the new certification, companies will have to commit to integrating Google’s official applications and adhere to the terms and conditions of the digital distribution service Google Play. More than a hundred manufacturers are already partners to the program. If users want to check the Google Play Protect on the device; they need to head to Settings -> Google on their Android device. In Google Play, the My apps & games section will show the Google Play Protect banner in the Updates tab that depicts that the apps have been verified for safety.

« Is Sarahah Really All Protected?
Moto G5S Plus: All you should Know »