Microsoft is really working hard to keep its Microsoft Paint app relevant. In a recent blog post, the tech giant’s general manager, Megan Saunders, pointed about company’s concern on the deprecating popularity of Paint in Windows. Saunders revealed that Microsoft will soon be releasing a free Microsoft Paint app on PlayStore. Microsoft clearly stated that their painting app isn’t going anywhere and is going to stay and it going to make a comeback with a bang.

Microsoft has finally listened to the pleas of its fans, who didn’t want this legendary app to fade away. People worldwide are supporting Microsoft decision on multiple social media websites. Saunders also acknowledged this support stating it to be a very pleasant nostalgic moment. The Microsoft Paint app has been in Microsoft Windows since its beginning, for over 32 years now. This announcement has also proved that MS Paint app literally has thousands of fans, who won’t let anything happen to their old trusty app.

Previously Microsoft classified MS Paint as “deprecated” in the new upcoming Fall Creator Update of Windows 10. However, Microsoft will eventually remove the Microsoft Paint app from the default setting but will provide an option to its users, to access it, if they want to. Saunders didn’t mention any detail about where the users will be able to download this app, but we assume it might be launched on the app store. Saunders also talked about Microsoft’s new Paint3D app, which will allow 3D content creation, which is speculated to features numerous amazing features. 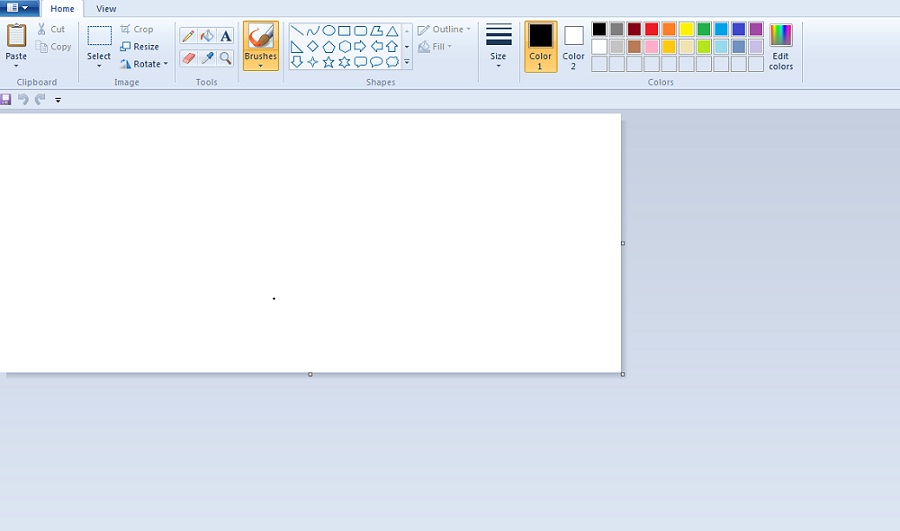 MS Paint was born in 1985 with Windows 1.0, and was licensed by ZSoft’s PC Paintbrush version. It has been over 30 years, and it is still one of the software’s which kids use in their schools. MS Paint always served as the fast and messy alternative to edit photos and draw on a PC.

« Google Chrome Pixel 2 Might Be the Next Smartphone to Get Rid of the Headphone Jack
Data Security Solutions – Importance and Implementation. »