Microsoft Plans To Launch Windows 10 Updates Every Year, In March And September

Last year Microsoft revealed its plans of releasing two potential Windows 10 updates in the current year. It has only been a month since the company released its Creator Update in March. Microsoft has already announced a new update for Window 10 which will likely release in September. And now the leading tech brand has promised to release two updates every year.

Microsoft hasn’t hinted on any possibility of introducing a Windows 11, so it is safe to say that they will be making some updates in the latest Windows, at least for a couple of years.

Microsoft hasn’t revealed as to what this September release will bring. However the company has code named the testing of the update as ‘Redstone 3’. It is said to include a power throttle for background applications and we also expect that Microsoft might bring back people integration in its taskbar, which was originally planned to be include it Creators Update. 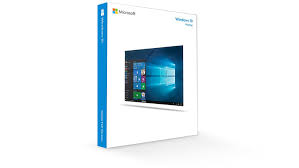 Microsoft also plans on making some design changes, in its further updates, which is codenamed as Project Neon. They are already experimenting and testing some designs for Window 10. Screenshot of which has already been leaked on the internet, which show cased a new startup menu, which focused on transparency.

2 annual updates from Windows, Windows to launch 2 updates every year