Trump Announced That Apple Will Make Three Big, Beautiful Plants In US

According to ‘The Wall Street Journal’ in a recent interview with them, United States President Trumps stated that he has finally won the crusade with Apple and convince the OS manufacturer to build three more Plants in the US. Trump claimed that Tim Cook, Apple CEO has promised him “three big plants, beautiful plant” to be built in the US over a phone conversation. There haven’t been any further comments on the statement, rather even Apple has declined to give a statement on the matter, and hasn’t responded in any which way.

If Trump words are true, then this will definitely be a big investment on Apple’s shoulders, which will potentially change the success pace of the company. Currently Apple on manufactures it’s Mac Pros in the US, which also doesn’t seem to continue. Apple is known for working with outside suppliers, in order to source parts from numerous countries, to shield itself from any given risk.

This seems very unlikely for a company that runs away from taking any risk or credit for technical disaster to commit into something that can demand a huge amount of investment. Plus, we don’t think Apple will prefer developing its iPhones in America, at a higher cost than what’s it’s getting from other parts of the world. Maybe Trump misunderstood Cook, who meant to refer to his suppliers who might be setting up new factories in America. It seems like the American President is really keen on getting Apple more involved in the American economy. 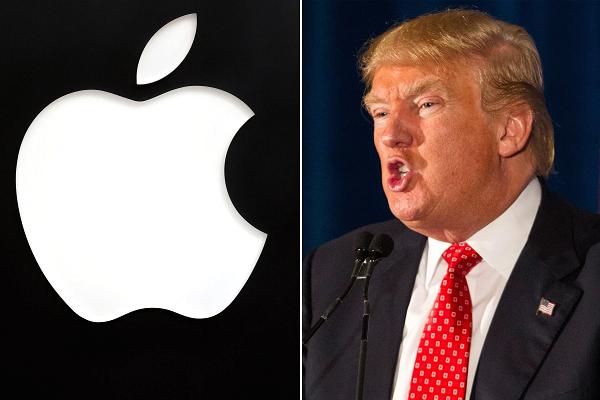 Trump can be seen repeatedly calling out Apple for its reliance with foreign manufacturers. He has always been after Apple to develop job setups in America, instead of other parts of the world. We can’t be sure about any of these details until the company comment on the matter itself. However, it will surely create more job opportunities in America if Apple plans to do so.

Apple to build 2 plants in US, Trump seeking for Apple support, Trump vs Apple, Trump wants apple to create jobs in US