An updated Google playstore interface will now allow its users to manage their apps in an even easier manner. When you open playstore you might not find any major changes in its homescreen, as the changes have mainly been introduced in the ‘My apps & Games’ tab; which was earlier the ‘My Apps’ section of the playstore. You can open this section by clicking on the icon on the top left side of your screen. 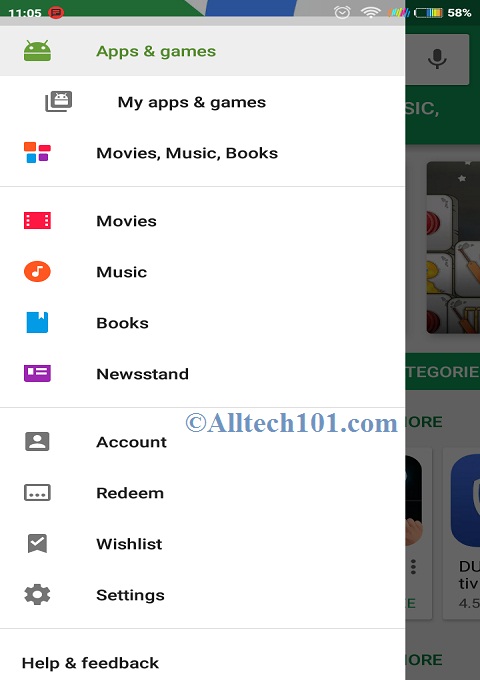 The update not only allows users to better manage all their apps, but is also known to better utilize all the available space. The update being described here is the Playstore 7.7.17.O-all [0] [PR], which has been released on the 20th of April 2017, across all parts of the globe. It might not have reached you for certain reasons, be patient, it surely will. The minimum Android version required for the update to be activated is Android 4.0 (Icecream Sandwhich). Given below is the description of all the latest features that have been introduced in this version, to make it more efficient than the previous version.

The very first tab that opens when you go to ‘My Apps and Games’ in Google Play, is the Upadtes tab. This is a new tab, which was not present in the earlier version. The erstwhile version gave details about the updates in the Installed tab, but this version doesn’t. It instead has another tab giving details about the last updates, along with apps that need to be updated. It also goes on specify the amount of space occupied by all the apps on your device.

*This version no longer has a subscription tab, that was available in the other versions. 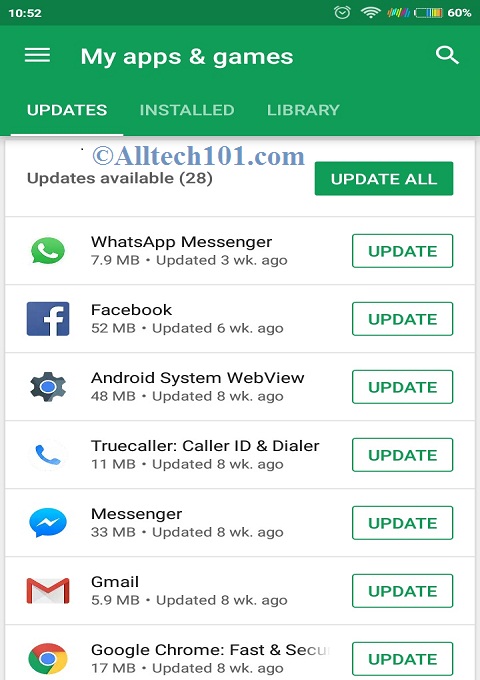 Moving ahead of the foremost Updates tab, the next tab you come across is the Installed tab. This will present you with the list of all the apps that are installed in your device, the space they are occupying, and when did you last use them. Here also you will have an ‘Update’ button next to the apps, if there is a more recent version available for you to download. Otherwise you will come across an ‘Open’ button, which will allow you to directly open the app in your device. 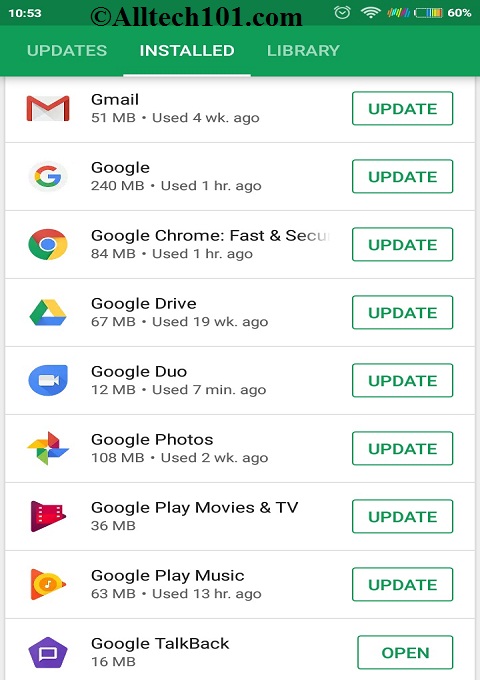 In the installed tab, you will also have an option of arranging the apps in either alphabetical order, the date of last updates, the time of last usage, or the size of the app. The icon on the top right in this tab, will present you with all these options. 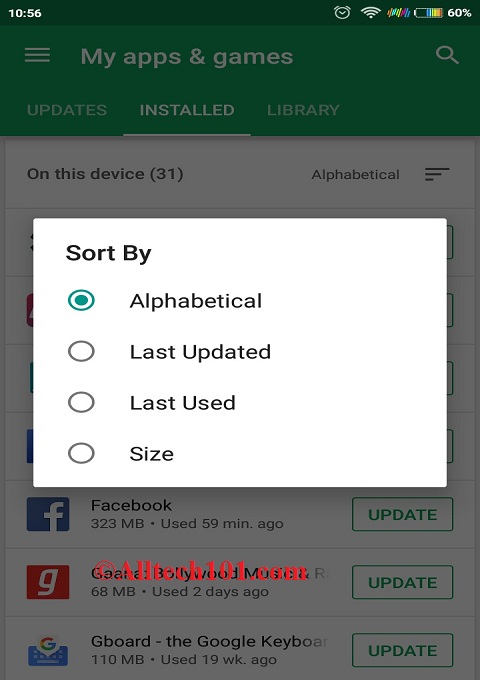 This is the tab that can be considered as the replacement of the erstwhile ‘All’ tab. Here you will find multiple app suggestions, which are most trending, or most downloaded. Along with the ones you once installed and later deleted. All the app suggestions will have an ‘Install’ button right next to them, which will further have an ‘x’ icon next to it. Using this icon you can remove a particular app from the list of suggestions. 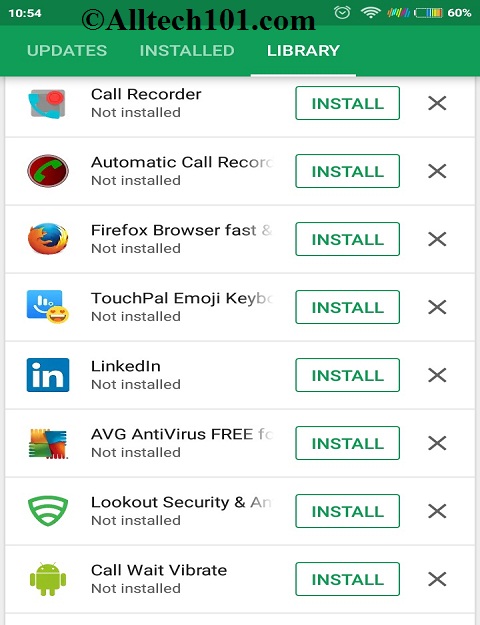 This is the fourth tab in the update, it is located after the Library tab. This is the tab that will show if you are using any of the apps which are running in their beta version. This is similar to the Beta tab that was available in earlier versions as well.