Apple on Tuesday went on to announce three new colors to the existing iPhone 7 flagship series. One of the options will include a deep red. This will be akin to the red that was used for previously launched special edition devices.

In September, two more colors were added by Apple to its catalogue for iPhone 7 and iPhone 7 Plus. One of them was the matte black, replacing the space gray, and another one, which is good enough to kill; it is the jet black version. This is glossy, and accompanied by a mirror finish, it is most certainly one of the most attractive options available to users till date.

However, the performance of these devices is not as good as their looks. Although the jet black finish is one of its kind and in-fact an industry first, it fails to provide users with durability. It is also one of those surfaces that are highly prone to scratches, and Apple has gone to the extent of using a disclaimer to warn users about it, along with advising them to use a back case. 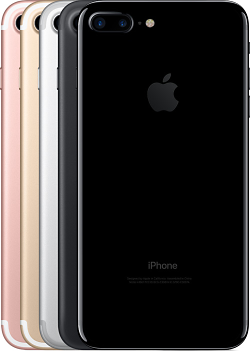 This indicates that the back surface is delicate enough to show scratches the moment you begin using it. Which is why using it with a case is advisable. But is buying such an expensive phone, only to hide it in a case later, worth it?

« The Resurrection by Google No One is Talking About
Is Nintendo Switch Worth Its Price? »