Is Waiting for iPhone SE Better Than Buying It?

Apple’s smallest new phone is definitely a better bet than iPhone 6S – however its internals are still built with last year’s technology. Last year the company launched iPhone SE, which is a smaller version of 6S, with the same camera and processor, but at a lesser price. And now, iPhone SE, has undergone its first upgrade, which upped its storage capacity with 32GB for $399 and 128GB variant for $499. It has been upgraded from its previous variants of 16 GB and 64 GB. However, Apple didn’t introduce any major hardware upgrades in the device.

The iPhone SE is a xerox copy of iPhone 6S, packed in an iPhone 5S. For people who criticized the 4.7 inch screen of 6S, SE brings the classic iPhone size which has a pocket-able size as well as price.

Despite, its year old hardware, SE sounds like a better deal than 6S. SE delivers a better battery life than any iPhone model, its affordable with a $150 dollar difference between S6. And its new storage options of 32/128 GB solve the biggest problem of this 2016 version iPhone. 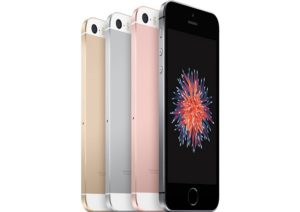 However, considering Apple iPhone 8 will launch soon, you might want to wait before jumping to any conclusion, but it will definitely come with an expensive price. Apart from Apple, OnePlus 3T, and Moto G5 Plus, there are few other smartphones which will cost you only half as iPhone SE and offer a better hardware.

« Now Stream Video Attachments Online, Using Gmail on Web, Without Downloading.
What is the True Date for Updating to Android 7.1.2? »