With the growing tensions in the Smartphone market and Apple’s move to launch its flagship iPhone 8 on September12, the Koran Smartphone giant has decided to launch its Smartphone in January 2018, which was earlier scheduled for a global launch somewhere in mid-February.

Samsung is excited to release its new model, the Samsung Galaxy S9, after the huge success of its predecessors Galaxy S8 and Galaxy S8+. Samsung has recently announced its Galaxy Note 8 which is all set to hit the market starting from September 15. Much awaited phone, the Galaxy S9 is rumored to have a code name ‘Project Star’ and the reasons for its earlier release could be the giant launch of new apple phone and other products.

The upcoming phone is rumored to feature the QHD+ Super AMOLED Infinity Display with the same screen size and 18.5:9 aspect ratios very much similar to Galaxy S8. Galaxy S9 might come with 4 GB of RAM, and if it does, it would be slightly odd because Samsung has been quite repetitive about its RAM, as all the models including S7, S7 Edge, and S8 had 4GB of RAM 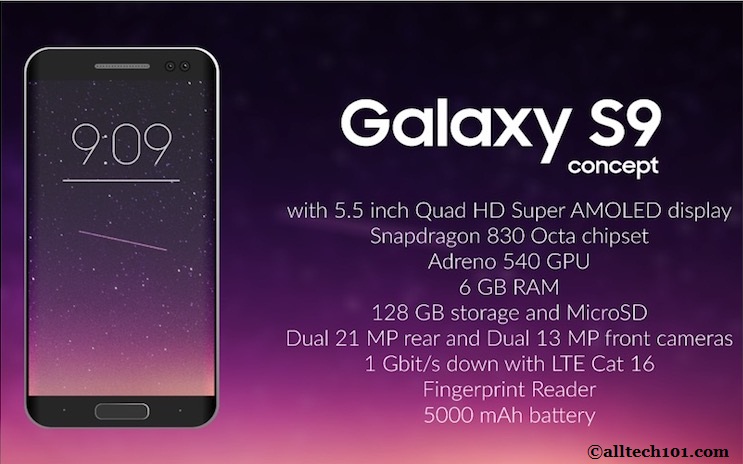 It is believed to become the first Galaxy S series Smartphone with a dual-camera setup. The panel development of the phone had begun in April last year around the release of its the Galaxy S8 and Galaxy S8+ which were launched on 29 March this year. The speculation regarding Samsung’s earlier launch schedule for Galaxy S9 is based on the fact that Samsung Display will begin its shipping of OLED panels in November. That’s two months earlier than its expected release drawing parallel with what happened for the S8, back in January of this year. Display panels are usually shipped before other parts. So the estimators are not entirely wrong regarding the Samsung’s move.

« After Border Security, India And China Are Now In Standoff Regarding Data Security Solutions
Hyundai Supports The Flood Affected Cars »